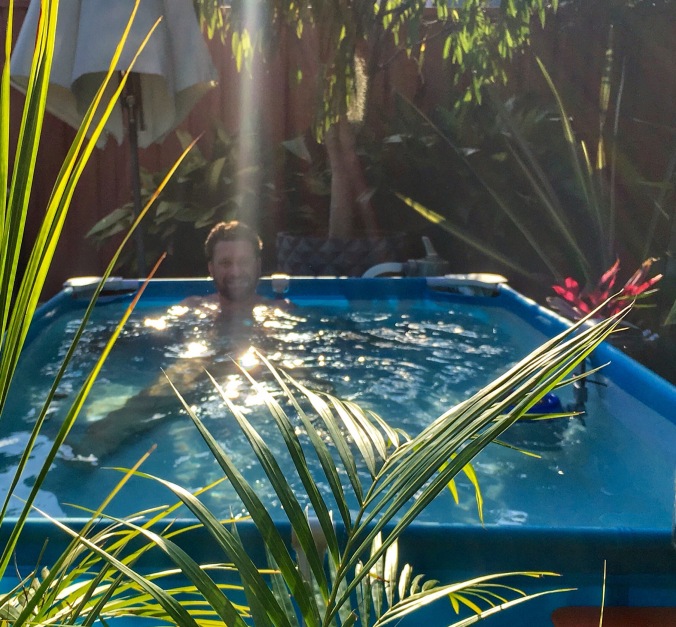 I don’t know why I find water so attractive, perhaps it is due to me being born in the Chinese year of the Water Rabbit. Alternatively, it might be due to growing up in the middle of the country without easy access to anything other than canals filled with rubbish and the odd boating lake.

In rather than on

Admittedly, I have limited experience of being on water, this is for good reason. I have a few memories of ferry trips and the like that were okay. Taking me out through the Heads of Sydney Harbour, to be bobbed around in a craft like a cork, in the swell of the Pacific results in dizziness, nausea and profuse sweating. The best I can manage is the taming and riding of inflatable devices, such as lylos, pink flamingoes and noodles; in the safety of a pool.

My fascination with swimming pools started early in life. The primary school I attended would run double decker buses, once a week, to the local public baths in Harborne. Opened in 1923, to a child, this drafty old building, with an interior of cathedral like proportions was awe inspiring. Patrons were greeted with an acrid chlorine smell that pervaded throughout. An arched entrance followed by a gloomy ticket hall opened onto the shallow end of the pool area.

The delighted shrilled shouts and screams of small voices and the high pitched sound from pea-whistles echoed around the honey coloured brick interior. Dark wooden changing cubicles were arranged regimentally, along either side of the length of the pool; girls on the left, boys to the right. Cubicles consisted of a bench and hooks, where you would leave your clothes. As children, we had to share a cubicle.

Either no one explained swimming pool safety before my first visit or I wasn’t listening. After exiting my cubicle, dressed in saggy red trunks, I ran towards the large arched window at the far end of the pool. Shafts of sunlight from skylights set high up, in the apex of the roof, danced on the surface of the water. Jumping high into the golden Autumn air, I plunged into the chilly water. The sound of the water swooshed past my ears. My sinuses responded in pain to the rapid intake of liquid. The silky water caressed my skin, turning into a peaceful embrace as I sank rapidly to the bottom, in the deep end.

I had not thought through the implications of my impulsive behaviour, being unable to swim. Only the recollection of that first exhilarating jump into the unknown remains etched into my memory. How I reached safety and the rest of the lesson has faded into my dim memories of the late 1960s/early 1970s. After this episode, I was only allowed to swim widths in the shallow end. I’m sure I was a disappointment to my mother who had won awards for her swimming prowess.

Even now I am not a strong swimmer, I get by with a hybrid form of breast stroke with my head out of the water. I also enjoy floating on my back and treading water.

Whenever we holiday in our favourite Far North Queensland destination, Port Douglas we spend hours in the pool. The calming effect it has on us has inspired our annual ritual of putting up a temporary pool at home. It is here every Summer that I get back in touch with my inner mer.

3 thoughts on “Getting in touch with my inner mer” 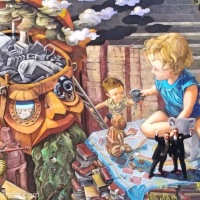