Two years ago, I started this post with just the just title.

As a toddler, I was endowed with platinum blonde curly locks. By the time I started infant school they had morphed into straight plain brown.

When the barnet began to feather flick from my ears and extended well beyond collar length, my three years younger brother, and I were marched to a tonsorial parlour at the junction of Northfield Road and Fellows Lane, Harborne.

The stout balding, cleanly shaved barber, wearing a white jacket, seemed so very old. I enjoyed sitting high up on a plank across the arms of the chair while my mother reminded him, I had a double crown. I have since learned the unruliness of the left side of my head is due to a cowlick.

Each time we went, my brother and I had the same cut. I discovered today, it is called a mop top, although ours was short at the back. The style did not change until I was old enough to go to the barbers alone.

In my late teens, I admired my brother’s long wavy hair, emphasising his bikie, hard rock, and heavy metal persona. Being the eldest, my lot was one of self imposed responsibility. As previously posted, societal conformity was the order of the day. To hide in plain sight, I chose to wear mine off my face in a quasi Simon Templar fashion.

For forty years, I yearned for curly hair, although never enough to try a perm. Instead, I relied on clipped cuts, gels, mousses, waxes, and creams to achieve straight uniformity.

In 2014, hairdresser, James Burrows was the first to talk to me about my fine flyaway strands. He used sea salt spray, comb, dryer, and powder to create the tidal wave like cut in the picture above.

Brisbane or ageing, combined with inclusion of non usual humans have proved to be the catalyst for realising my dream of wavy hair. The current barber introduced me to scrunch drying, reinforced the use of hair powder, and suggested using balm left over from taming my beard to achieve separation of tresses. A day or two after washing, I am now able to embrace the kink.

6 thoughts on “Embrace the kink” 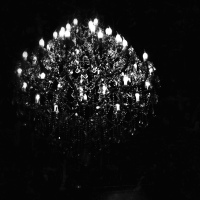