Once upon a time, in a sleepy street, near the brow of a hill, stood a single storey red brick cottage, bordered by hardy grassed paths.

The owner loved the home so much, they attached a sturdy white wrought iron bracket. Suspended beneath by two rings, a white oblong marker declared the house’s location.

Being a fan of swashbuckling heroes, the chosen placque featured a galleon, perpetually travelling the oceans at full sail.

Many a long year did that building provide shelter and comfort to its inhabitants. While number 37 gently swayed in the breeze.

Being but five kilometres from the city, the growing populace demanded increased housing density. Standalone dwellings were gradually consumed by multi-storey, hemmed in developments. 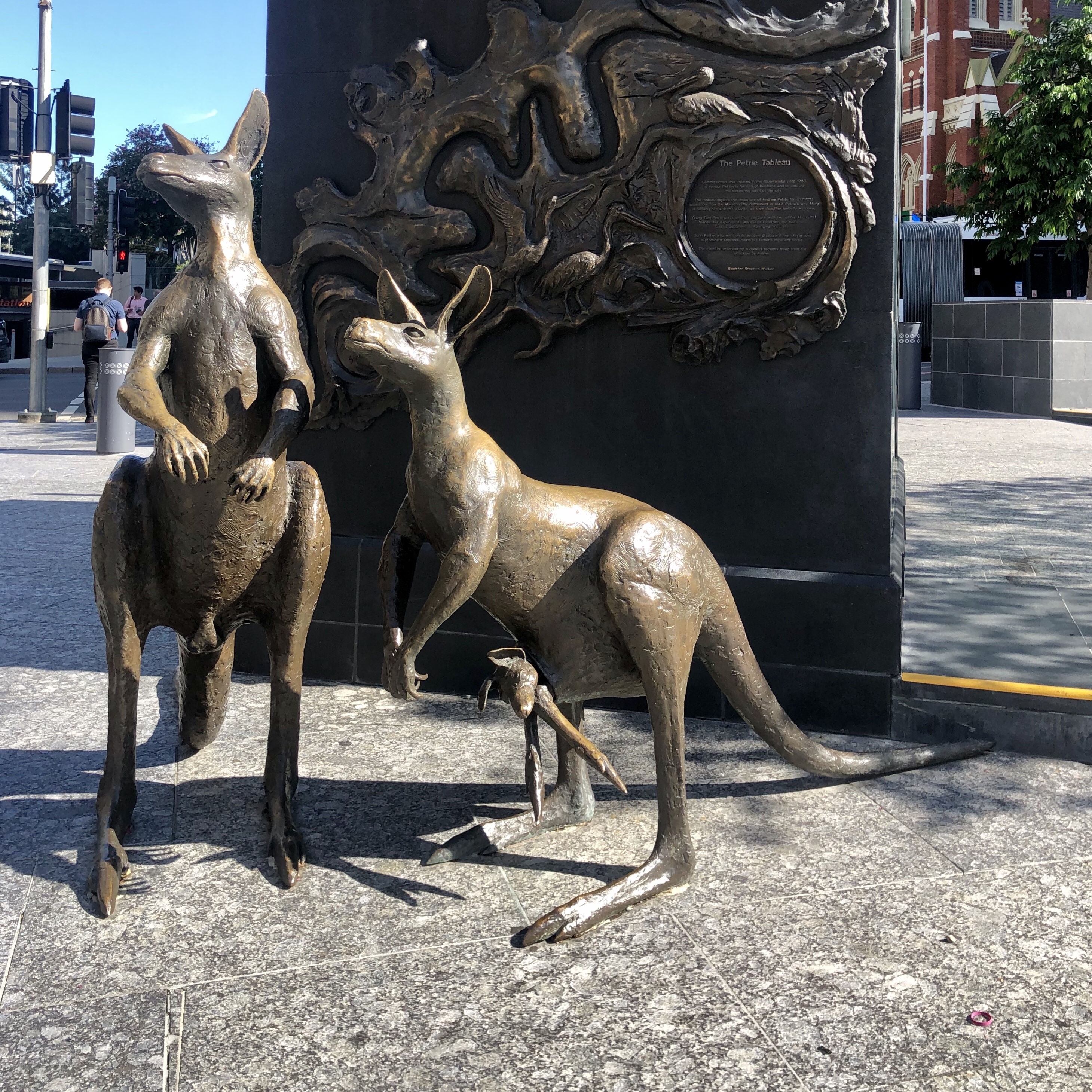 Back in November 2019 I posted about Albert Street Uniting Church. It can be glimpsed behind the righthand roo. The one with the joey’s legs poking out of her pouch. 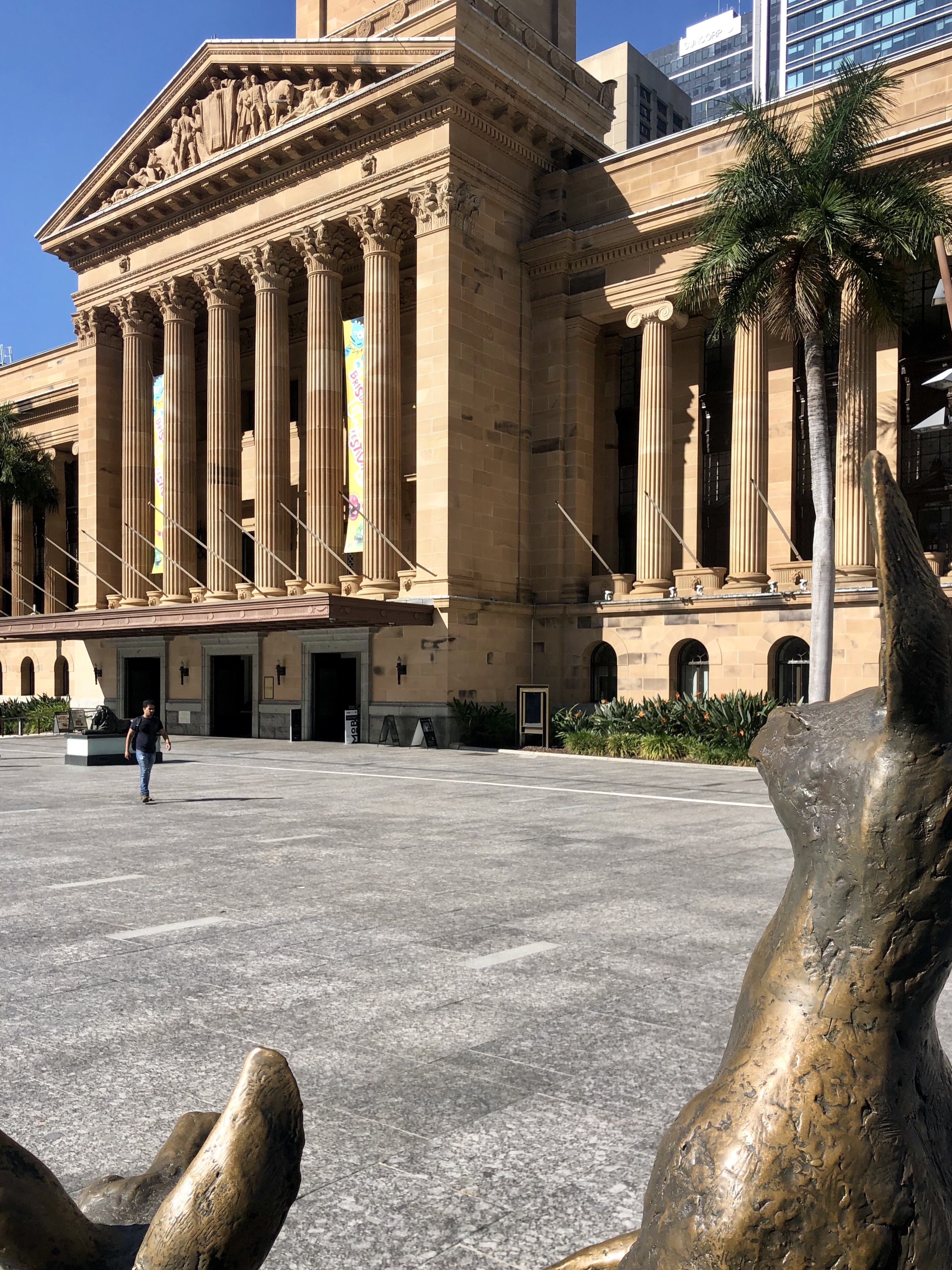 The building opened in 1930. It has been used for royal receptions, pageants, orchestral concerts, civic greetings, flower shows, school graduations and political meetings.

Grand Victorian building, dwarfed by surrounding office blocks. It is hidden in plain sight when walking along pedestrianised, Queen Street Mall from George to Albert streets.

Designed in the Gothic Style by one of Brisbane’s foremost Architects of the time Richard Gailey, the property is a fine example of commercial buildings during Brisbane’s transition as a former penal settlement.

The second picture circa 1895, shows the narrow building with spire, flag pole, attic rooms and chimneys.

Presumably, they were removed at the same time the original Brisbane Town Hall was demolished 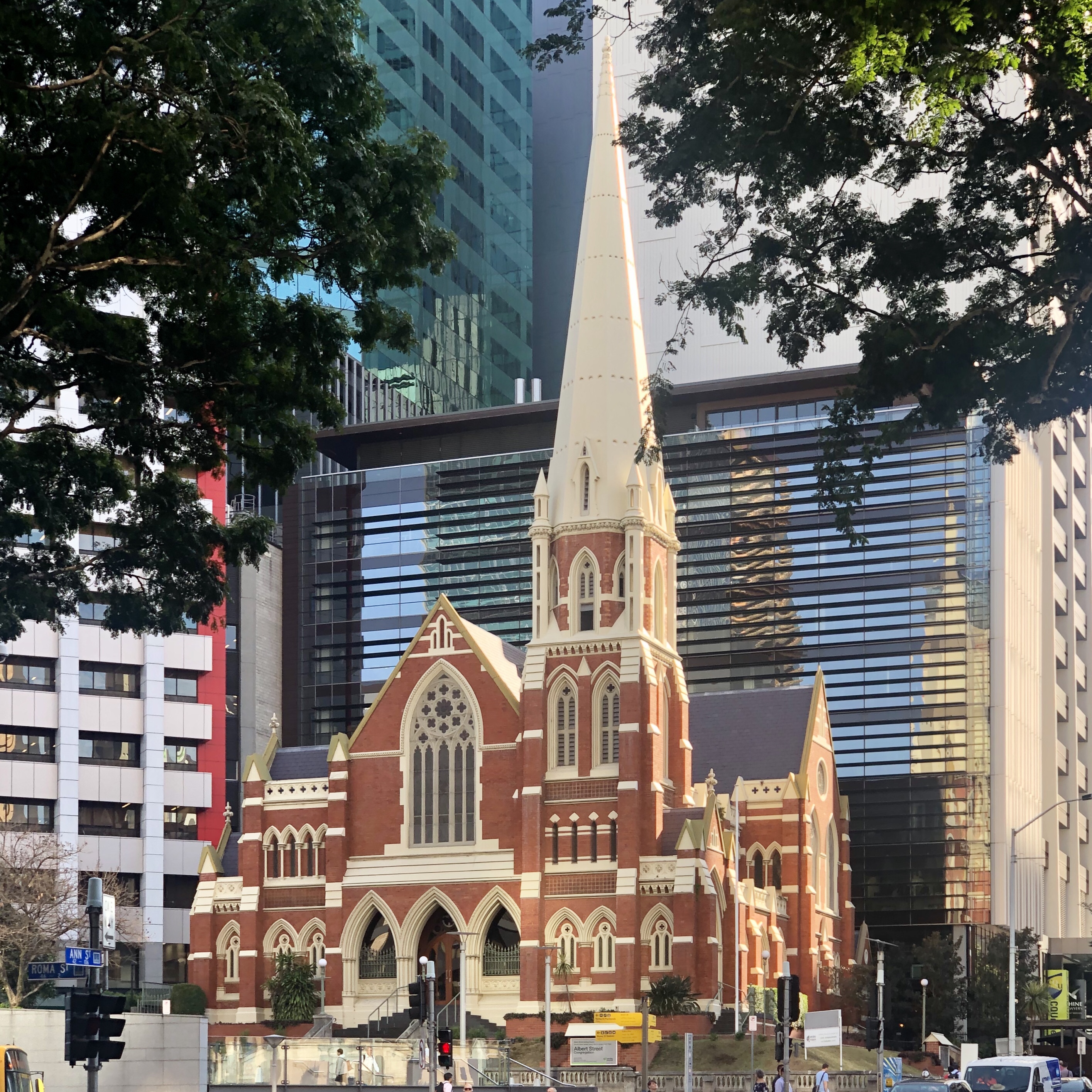 The warmth of the terracotta bricks of this Victorian Gothic Revival church contrasts beautifully against the blue sky, reflected in the glazed building behind.

Situated near a busy intersection where Roma Street meets Ann Street. It shares a link to the past under City Hall’s watchful eye, located diagonally across King George’s Square. 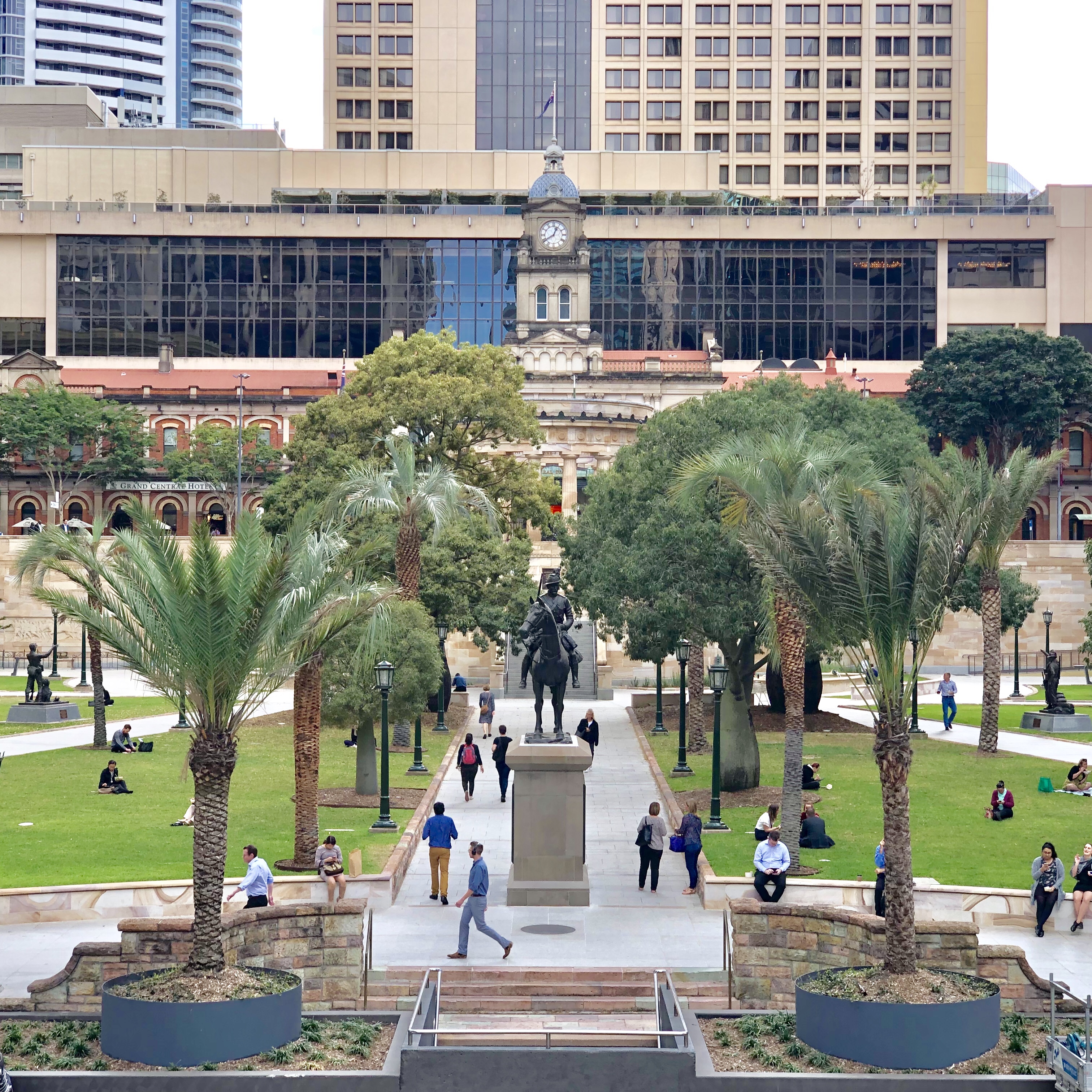 Looking north-west from the Adelaide Street side of Post Office Square towards Central Station, facing Ann Street. The Sofitel Hotel on Turbot Street provides a backdrop.

The statue in the centre of the photo is a memorial to Queenslanders who fought during the Second Boer War, 1899–1902.

The memorial features a life-size Queensland Mounted Infantryman. It was sculpted by James Laurence Watts from 1912 to 1919. It is also known as Boer War Memorial and The Scout.

We often pass this house, on our walks with Stan. According to onthehouse.com.au, it sits on a 405m2 block of land, and has a compact 71m2 footprint. Being built in 1900 the house has two bedrooms, one bathroom, and a car space.

I particularly like the window hoods along the side of the building.

Yesterday, we noticed this cute weather board cottage has now been leased. 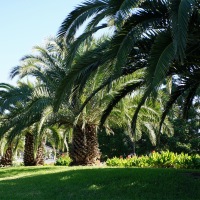