Those algorithms have started showing me ads about the price of cremations.

Reflecting on my heightened emotions and conversations, a couple of weeks ago, I question if they were due to a state of mind or reality.

Frustration; outrage; self righteous injustice; being aghast; and matters beyond my control are descriptors that pop into my consciousness.

At home I felt supported.

Outside, my reactions were analysed; The objects of my week of discontent were rationalised and normalised.

I was simply having a bad week however, not bad enough to need cremating.

In the spa this (Saturday) evening, the 38oC temperature and the Campari spritz loosened my thoughts.

Voicing them, I related my reliving teenage memories of listening to Funny Girl on vinyl borrowed from the Birmingham (UK) Central Library through listening to the soundtrack on Spotify during my journey to work this week.

Funny girl is a stage and movie musical from the late 1960s based on the life of Fanny Brice. Brice is played by Barbra Streisand, one of my teenage idols.

I am platonically attracted to strong females.

In an instant, I remembered, I also love the Neil Diamond, Jazz Singer soundtrack. I have never seen the movie.

My husband said ‘he wears a blue sequin jacket in that’. ‘No’, I replied.

Sure enough you can buy one from The Jacket Shop, Reenactment Clothing for $419.98 USD and it’s in stock!

Aside from the Streisand and Diamond duet of ‘You don’t bring me flowers’ that never happened, apparently delivered to the World by a radio DJ, all mixing.

I prefer to keep my teen years where they belong as memories.

For me Dame Angela Lansbury was Bed Knobs and Broomsticks. 30 years ago I was living in Droitwich, a small spa town in England. The cinema was located in one of the forgotten spa buildings, grandly named the Winter Gardens. Built in the 1930’s, in its heyday it was reputed to have the best sprung dance floor in the Midlands. Rows of seats were screwed to the floor to create the picture palace. The building became a victim of redevelopment at a time of video cassettes and a general loss of interest in cinemas.

I remember with dewey-eyed nostalgia, the musty smelling space with dampness pervading the air. The chill of the place lingered in my bones long after leaving. Those were the days; buying Kia Ora, toffee apples and Cornettos from the usherette and watching cartoons before the feature film. My eyes smarted from the cigarette smoke fuelled haze caught in the oblong light stream from projector to screen. I’m sure I went to the cinema as a teenager more than twice. Yet there are only two movies that I remember seeing: Bedknobs and Broomsticks and Mad Max; significant given my interest in paganism and eventual move to Australia!

Cabot Cove’s television sleuth in Murder She Wrote passed away on 11 October 2022, aged 96.

One of my treating general practitioners remarked to me, the passing of those around us is a reminder of our mortality.

Practising white magic, she strives to bring no harm to others.

Some say numerology is bunkum. My approach is to treat it with cautious respect. I don’t live my life by it however, I’m fascinated by numeric occurrences that appear to reinforce something.

According to numerology.com adding all of the digits of one’s date of birth together (year digits, month digits and day digits) until a value between 1 and 9 reveals one’s life plan number.

For example, my husband and I share a life plan number of one. Apparently, an auspicious number, ‘People with a Numerology Life Path 1 are born to act quickly and have no problem changing course and starting down a new path. A secret fear of failure makes them ultra-driven in every endeavor they pursue and will often make them victorious. As soon as one finish line is reached, they are already running toward another.’ This is reasonably accurate of the two of us.

Assuming a shared life plan is a thing, the date of our wedding in numerology is 7+7=14, 1+4=5. If our combined life plan is five, ‘People with a 5 Life Path number are on a lifelong adventure. They are ready for anything and want to soak up every experience this world has to offer. Life Path number 5 people tend to learn by living and don’t allow themselves to get stuck in any situation that has outworn its interest. The moment things start to get humdrum, a person with this Life Path will move on to something more fascinating.’ Our life together is indeed a shared adventure and we seem to be constantly moving house. My husband wants us to become grey nomads.

On Friday 28/10/2022, we had a delightful belated eighth anniversary lunch at the Manly Boathouse. As we were leaving, I noticed we were seated at table eight. This just happens to be my favourite number and wait for it, ‘go down the stairs and shut the front door!’, on the day of our wedding we wore matching silver cuff links with the symbol for infinity, eight. Oh, and the date is also eight.

I rest my case.

For a time this year, I thought, what is the point of drawing and painting when a moment can be captured in a photograph?

More recently, I decided I wanted to create, to paint but what? What is it that brings me joy? Typing this stream of thoughts, of words, I believed would help.

My ego demanded without ego. Whatever that meant.

What to include? A grand plan to capture heart, body, and soul.

Pencil sketches of a partly used up tube of watercolour paint were completed. An analogy of a point in my life. This subject did not progress even though I could see it completed in my mind’s eye.

During a mindless scrolling session in Pinterest, a portrait of a pink flamingo caught my eye. That might be it!

The first hurdle was to rouse myself to search out supplies. Packed away for four years since moving house.

My husband took control; during your birthday week, on Friday 21st October you shall paint!

On the day before, car partially reversed from the garage, we rootled through cupboards, boxes, at last: watercolour pencils, bought awhile ago in Port Douglas and an aged watercolour paper scrap, this’ll do for a sketch.

The day slipped away so fast including, the making and eating of French onion soup and sipping of French Blanc de Blancs along the way. Time disappeared while sketching, colouring, waiting, and repeating.

Two green bridges are under construction in Brisbane. The first just beyond the pictured Story Bridge from Kangaroo Point to the Central Business District, funded by the City Council, the second linking South Bank with the State Government’s Queen’s Wharf and casino development.

While quenching our thirsts with a pint of onsite brewed Felon’s Supreme Lager we admired the graceful progress of tugs jostling a barge laden with steel tubes, destined to the location of the first of the bridges.

Today marks the beginning of my birthday weekend.

Accompanied by our friend from Sydney we enjoyed a delicious breakfast at Willow Cafe, Balmoral followed by a trip to Mount Coot-tha to view Brisbane from the west.

My husband stated he thought the whole week had been slightly off. I tried not to dwell on the comment while patiently awaiting the arrival of our late night Campari spritzes.

Upon reflection, from leaving the house, to awaiting the arrival of the delayed 232 bus that subsequently caught a telegraph pole and lost a wing mirror; the odds did seem to be stacked against a fun filled evening.

Prior to hearing the graunching noise of metal against timber, I was considering the logistics of our bus, ferry, and walk journey; would we run out of time to be able to get something to eat.

We made up time by going against our frugal endeavours, taking an Uber X. Of course the roadworks on Grey Street led to us being dropped off way past our South Bank destination. After attempting a fast walk hobble with my dickie right leg while negotiating phone wielding zombie pedestrians we were embraced by the familiar surroundings of Julius Pizzeria.

We gladly snuggled into our spots in the worst seats in the bar while the maître d’ apologetically explained the lack of tables was due to school holidays, the ballet, and the show we were going to see.

A ten minute walk delivered us to the Brisbane Convention and Exhibition Centre. Purchasing a bottle of water over sauv blanc being the solitary white wine choice, we headed for our seats via the furthest door into the auditorium.

To my left an Amazonian sized person wearing black top and knee flesh revealing faded jeans was reading a book. They appeared to be with others to their left. The two seats to my husband’s right were unoccupied until moments before the performance commenced when a scantily clad wisp of a girl accompanied by a Nebuchadnezzar like blond bearded chap took their seats.

In keeping with the ‘imaginary living room Olympian theme’, a rainbow sequinned leotard wearing Jonathan van Ness thrilled us with somersaults, splits, and jetes across a gigantic rainbow flag coloured gymnast mat. We were hooked!

While Jonathan exited to loosen their genitalia and change costume, we were left in the hands of an English person whose content included jokes about their gran’s dementia that poured icy water on our elated spirits.

We had lost interest by the time Jonathan reappeared in a short black sequinned dress and matching capelet. The side view we had of the stage was okay however, I had difficulty following the mostly US focussed monologue. It may have helped if the screen above the stage had been used to display closeups of Jonathan speaking.

My husband’s interest was piqued by the righthand waif’s apparent cerebral connection to Jonathan as she reacted to their every movement and punchline. Predictably they gave a standing ovation at the end of the show.

Meanwhile the lefthand Amazonian spent the performance scrunching their soft drink bottle. Once empty they bounced it bonk, bonk, bonk on their knees. Would it have been rude of me to grab it from their hand to discard it?

We did not need to rush home to Stan as he was having a sleepover, so we headed across Victoria Bridge, picked up bags of cashews and roasted almonds, and strolled to Burnett Lane for a few roadies at Death and Taxes.

After queuing for what felt like an eternity we were seated by the window. A Malvern born (what a small World) waitperson took our order and suggested we should check with fellow patrons before tucking into our snacks as there maybe someone with a high intolerance to nuts in the vicinity. We cautiously opened only the cashews, aren’t they legumes? We were vigilant, no adverse reactions were observed.

The evening wrapped up with an Uber X journey home around 1:00 am. 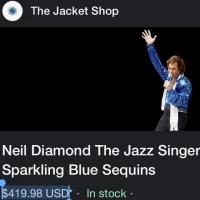