I just entered my first ever Furious Fiction writing competition!

Garth arrived with, ‘how are you darlings?’ While lifting the wrong arm to release the overnight sleeping bag. ‘Smash’, white wine spread across the living room floor.

The elaborate soiree commenced without further incident, the remaining four guests were settled in the lounge, lit with white candles.

My husband busied himself with small talk and cocktails as I prepared the pork fillet with apples, calvados and a dash of cream. I was met with a cheer as an orange flash illuminated the adjoining rooms. Flames were sucked up through the cooker hood to lick the ceiling. This was by no means an intended flambé experience.

The sharing of stories, jokes, and limericks was hushed by, ‘crash’, ‘bump’, ‘thud’, followed by loud voices, coming from upstairs.

A fresh-faced dark haired man of medium stature thumped down the stairs, closely followed by a petite pretty tousled blonde young woman. Unceasing in their endeavour, they charged through the gathering, opened the vestibule door followed by the front door, and rushed out into the midnight air.

An icy blast and the sight of the sparkling frost covered earth outside sent a collective shudder through the band of revellers.

‘Bang’, ‘bang’, taking two steps at a time, our semi-clad lodger, Lance hurtled downstairs. This hirsute alabaster skinned god stole the gaze of the room as he left in pursuit of the first two. The unsettling disturbance wound up the gaiety of the evening, guests departed and Garth bedded down on the sofa.

In the morning, Garth complained of meagre sleep due to the answering machine’s bleeping and a diatribe of messages. Lance appeared sporting a flesh wound on his forehead, dressed head to toe, in his customary black.

The shenanigans of the previous evening were revealed. Lance was asleep on his bed, he awoke to find the object of his affections canoodling with his brother on the floor. In a rage, Lance had punched the brother and pushed the fiancée across the room.

Upon exiting our humble abode, the fiancée had returned home. The brother had driven for two hours, to find his wife in bed with another man. The calls in the early hours were from the brother to Lance.

Lance asked if we had sunglasses he could borrow. He was going to the local church to discuss the wedding with his fiancée and the vicar. Lance was furnished with a discarded black pair from a petrol station. Upon reviewing his countenance in the dining room mirror, bearing in mind his life was in tatters, he said, ‘do these make my nose look big?’

The mark on his forehead? Lance had become entangled in a hawthorn bush while running through the fields.

Talk about baying at the moon! 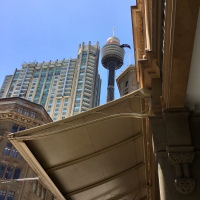 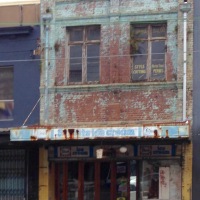