I recently met a writer in a non-authoring situation. After completing a little background reading on them, I decided it was time.

I enjoy writing poems, but are they any good? When viewed through Olumide Holloway’s creative writing lens (Word Up), they mostly suck.

In the spirit of reflective self improvement I have revisited one of my ditties.

On a side note I learned that shaking the iPhone, in frustration, allowed me to undo the accidental deletion of said poem.

Destined to voyage and become entwined,

In a grotesque ocean whirl.

To disintegrate and be consumed by

Zooplankton and coral; the primordial source.

Reports abound of microplastic laden seafood, served upon the plate.

Will it lead to ecocide and humanity’s suicide? Scientists debate.

Let me know if you think it is an improvement on the original, below, or not.

Beyond leaf litter and bark 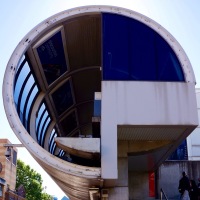