My husband let me know that the house was making him feel claustrophobic. I agreed with him, having only accomplished one ‘explore Queensland’ outing in the car since moving to Brisbane last year. We settled on making an 11km journey east, to Manly.

Don’t get me wrong, we like living in a modern house with a private courtyard. What we find challenging is that there is no view, other than looking at the walls of the neighbouring property. Also, most of the outside area is covered by a roof. Great for shade, not so great for creating a feeling of openness.

We have accomplished a lot in the last three months as noted in my previous post, Avoidance. This has taken its toll. Believing that we should be constantly busy at home winds one up so. 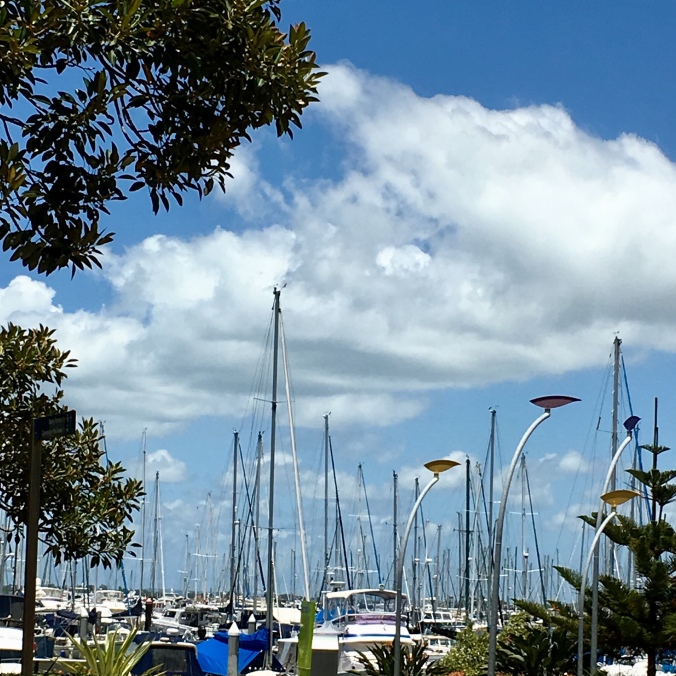 After a short spell at Norfolk Point, we completely relaxed while sitting outside Sea Vibes kitchen and bar. Lightly gazing at the masts in the Harbour and feeling a breeze that took the heat out of a 30oC day.